Where did the missing mage go? What does the little ghost boy want? Where did all those ghouls in the sewer come from? How does the factory mass-produce enchanted gadgets? Why won't the sheriff pursue the intruders who attacked her daughter?

What is wrong with this town?

It's time to uncover the dark secrets hidden beneath Jawbone's less-than-pristine snow. Get embroiled in local dramas. Hunt monsters in the sewer. Take up the retired swordsman's challenge to a duel. Help that nice young mage find their lost brother. Go see the ghost who appears in the graveyard every night. Or grab your silver bullets and wooden stakes and head on out to the haunted temple.

Stuck in Jawbone is an adventure for use with Dungeon World, but should be fairly easy to adapt to your OSR system of choice. It can be played as a campaign starter or a 3-5 session self-contained adventure. The central mystery has several possible entry points and intertwined paths that provide interesting challenges for all playbooks. It's about as close as you can get to being a mystery sandbox. There's plenty to do, and splitting the party is highly recommended.

A complete module, including locations, characters, items, custom moves, and quick generators for more NPCs. It's a 60-page PDF, with bookmarks, TOC, and clickable map labels, sized for printing on letter-sized paper and making a saddle-stitched zine.

This is a beta version. It's not beautiful, but it's playable. Future versions will have more (and prettier) maps, extra materials, a nicer layout, and tips for using it with other systems. The minimum price will be $0 until version 0.10, after which it will go up slightly with each version. Paying any amount gets you all future updates, including the final digital version.

Stuck in Jawbone by Ethan Harvey is licensed under a Creative Commons Attribution-ShareAlike 4.0 International License.
Based on a work at https://dungeon-world.com. 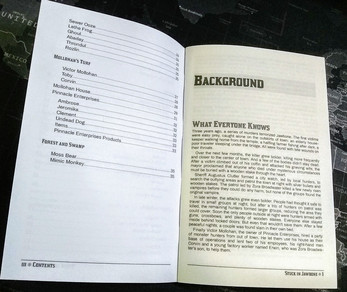 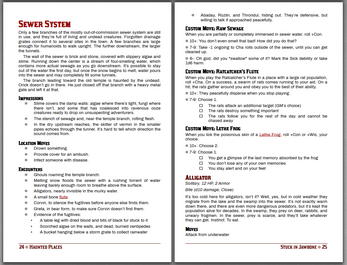 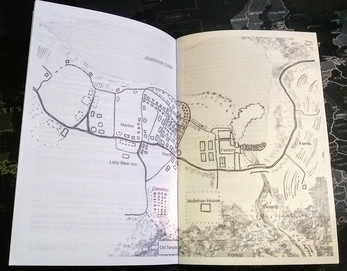 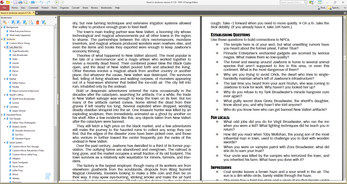